Yesterday, the Padres and the rest of the baseball world lost one of their best.

Tony Gwynn IS baseball in San Diego.  From being convinced to try out for the team while attending San Diego State, to being drafted in the 3rd round of the '81 MLB Draft by the Padres, to leading the Padres in almost every single career offensive category.  His career culminated with a Hall of Fame induction ceremony, as well as time spent coaching college baseball.  Where did he coach?  At San Diego State, of course.

The SDSU Aztecs play at Tony Gwynn Stadium.  Petco Park, where the Padres play, borders on Tony Gwynn Drive.  While many San Diegans cannot name any players currently on the Padres, everybody knows Tony Gwynn.

He spent 20 years with the same team, something that didn't happen too often then, and is even more rare now. 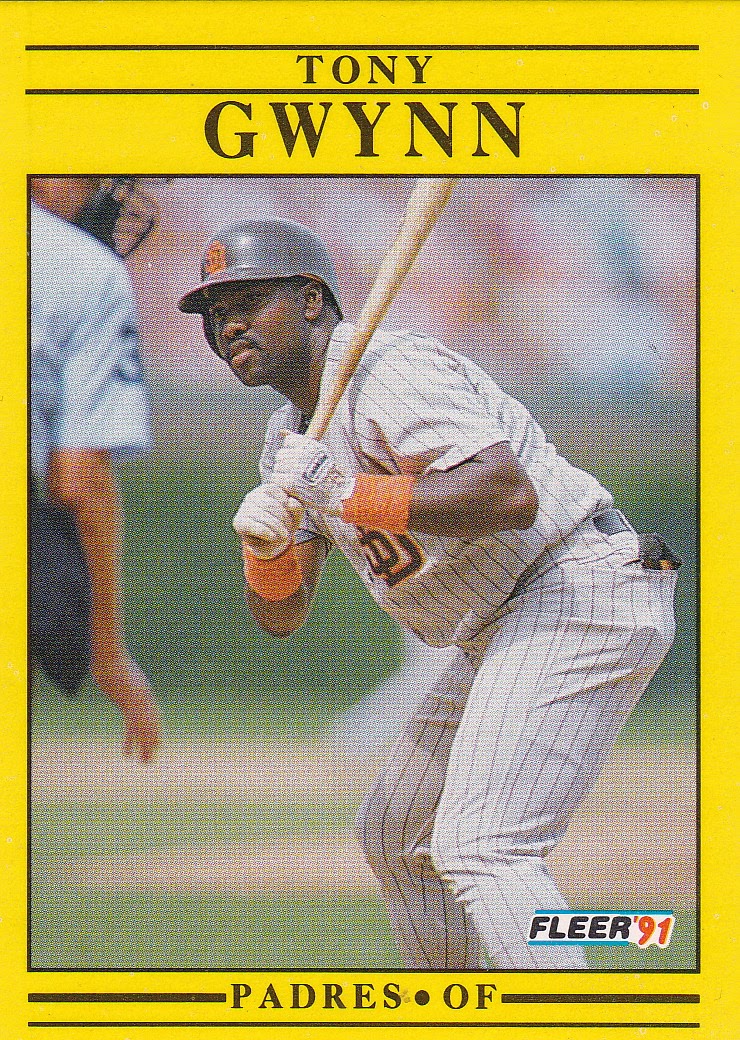 Do you see many baseball cards of hitters looking at umpires?  I don't think I do.  Usually when a player is looking at an umpire, it's because he's disagreeing with the call.  In 1991, Tony struck out 19 times.  In 569 plate appearances.  Let that sink in.  As of last night, there were 318 players who have more strikeouts than that this season. We are in the middle of June.  Of all of Tony's impressive stats, the ones involving his strike out numbers are my favorites. 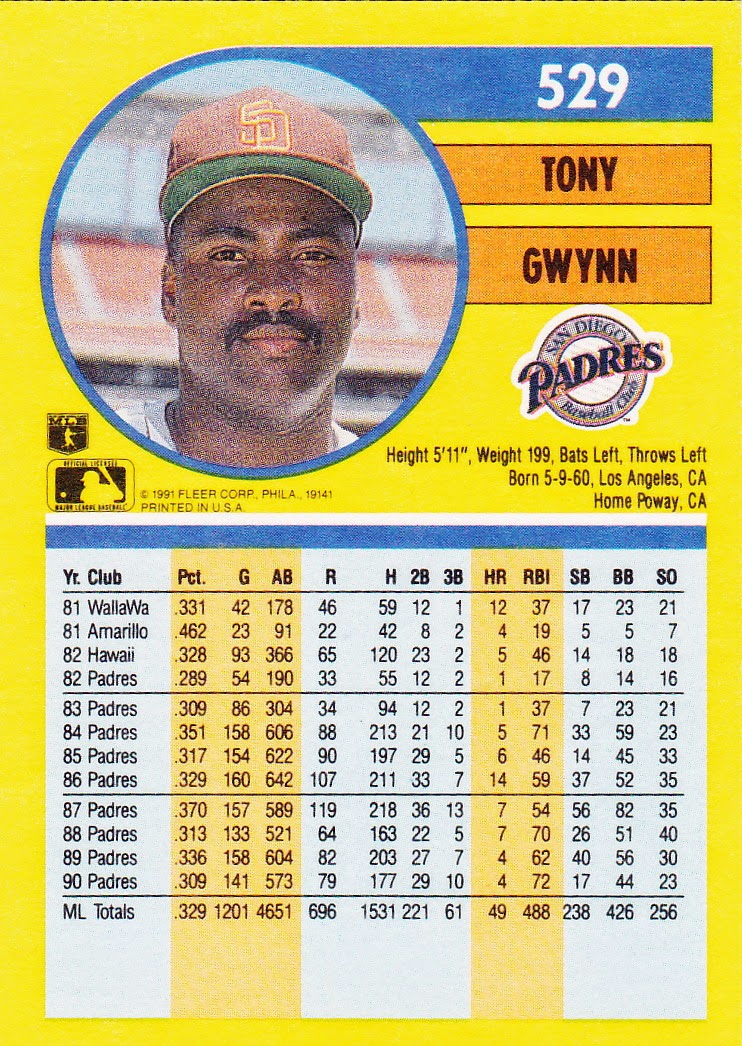 At this point in his career, the most strikeouts he'd had in a year was 40 (in 1988), which would remain his career high.  When all was said and done, he'd strikeout 434 times in 20 years (10,232 plate appearances).  He only struck out three times in a game once, in 1986 against Dodgers pitcher Bob Welch.  He faced Greg Maddux and Pedro Martinez a total of 143 times and never struck out.  Nolan Ryan struck Gwynn out the most times in his career (9), though Gwynn still batted .302 against him.

In 1991, Tony Gwynn would go to his seventh of fifteen All Star Games.  Five times, he was the lone Padres representative.  At all times, he represented the city that he loved with class, grace, and a smile for all who were around.

For Gwynn's low strikeout numbers, he also rarely walked, only exceeding 60 walks in a year once (82 in 1987).  Just goes to show you how much you can accomplish when you take that bat off your shoulder and take some hacks.  Put the ball into play and run.

Thank you Tony for your loyalty and dedication to the city of San Diego, it's people, and the baseball fans who loved you around the world.  You will be missed, but you will never be forgotten. 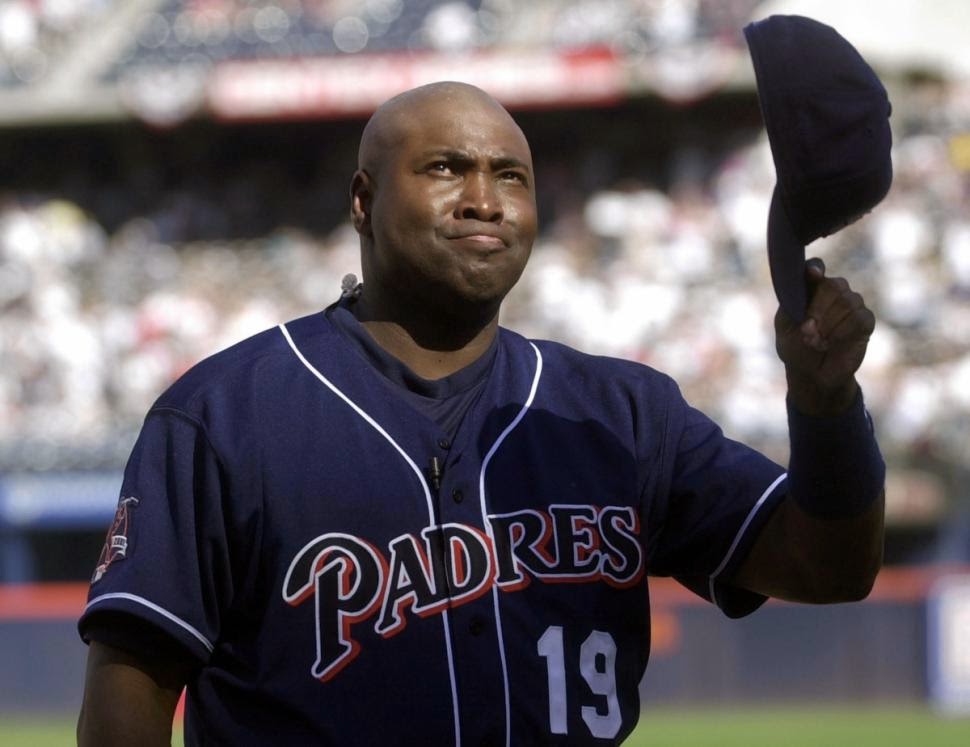 Marcus
I'm a Padres fan that moved from San Diego to Texas. Grew up in the 90's, and can't stop rooting for my Friars, even living 1,301 miles from Petco Park. I teach 1st grade, and my wife and three kids are super rad.

A great yellow bordered set, or the greatest yellow bordered set? With a design so beautiful that no company ever dared to duplicate it, 1991 Fleer stands as one of the most recognizable card designs in the history of the world. Why would you ever want any baseball cards besides these?

Best of The Set: Mets

Best of the Set Winners